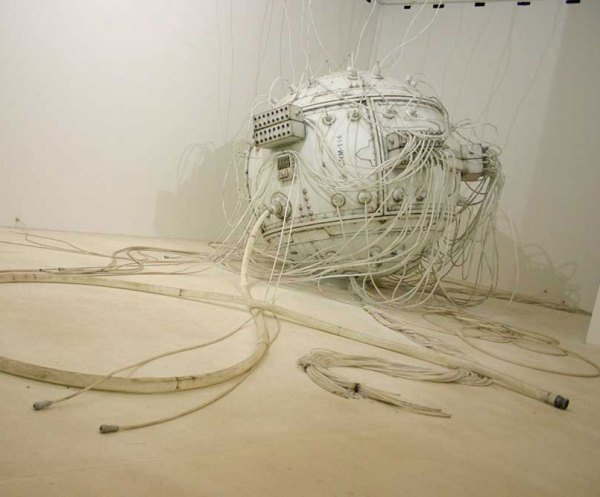 Studied the texts of Foucault and his idea of Heterotopia that construe spaces that have more layers of meaning – than those that immediately meet the eye.

But I had never met one.

Then in the late autumn, years ago, just behind our beloved Danish Pavilion at the Biennale in Venice, it happened.

The place was the Japanese Pavilion, a place that became a poem of unknown force. The interesting part is why? Well, according to Foucault; Heterotopias can be found in real society, where they exist as direct sites of resistance.

Heterotopia signifies “hetero topos”, or “other spaces”, and is a word or concept that can be interpreted in many ways. When we refer to a place that is not “here” but “somewhere else”, this can mean many things: a place that is out of the ordinary, a parallel or a place or something that is displaced. It is in contrast to utopia, with its symbolic meaning of an ideal place which exists “nowhere”, heterotopia signifies an actual place “somewhere”, whether it to be ideal or not.

Our Paper deals with a specific interpretation of the Nomadic Interiors, since we have been following an act studying as Nomads, or learning as Nomads. This act of learning was completed at the Biennale area in Venice – a place that indeed can be seen or interpreted as a Nomadic Interior. “Real” spaces, in periods a grand exhibition, in other periods empty Pavilions in a park.

In the project the students created places of deviance. We named them “counter sites”, and were places created being learning nomads that embodied a host culture – Villa Rotonda.

These “counter-sites” can be seen as to quote Foucault: “outside of all places, even though it may be possible to indicate their location in reality”.

Learning through Nomadic Interiors – Villa Rotonda through the lenses of Heterotopia