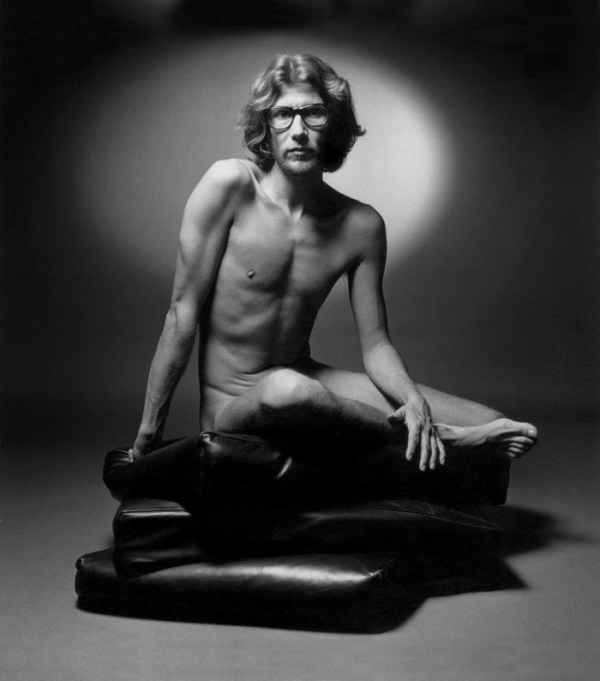 This YSL photograph taken by Jeanloup Sieff was used for the first YSL eau de toilette for men, Pour Homme, advertising campaign in 1971. 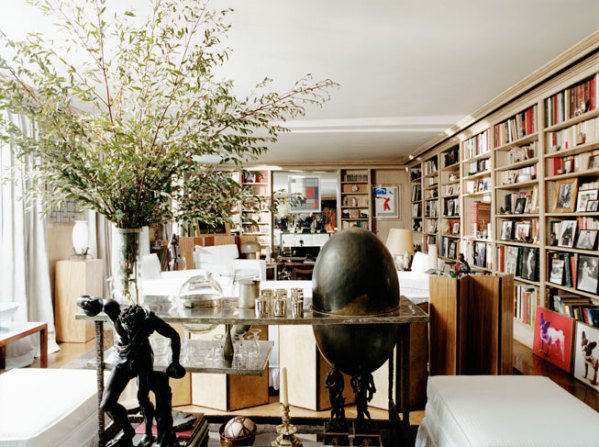 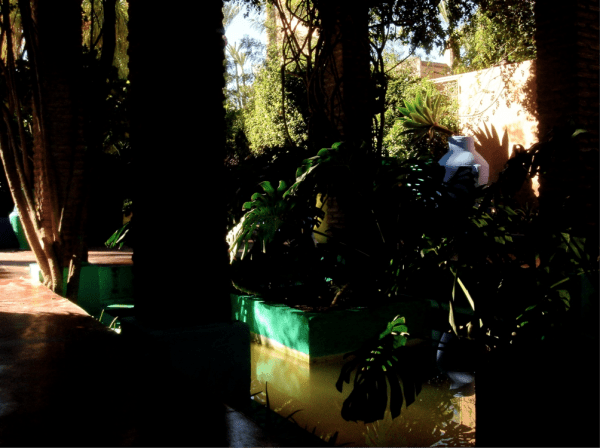 Yves Saint Laurent (1936 – 2008) was both creator of beauty and couturiers, but he was also a brilliant collector who composed extraordinary art collections in his homes. YSL embodied the notion of “taste” for his era, in search of a certain absolute; he created these “collection spaces”, which formed singular exhibitions, veritable installations, and works in themselves.
Many artists and works could be found in the apartment in number 55, rue Babylone in Paris, Bergé and Yves Saint Laurent dared to mix genres, taking the idea as far as possible in an eclectic perfect universe. They placed Goya next to Warhol, Eileen Gray alongside African furniture, Burne-Jones with Mondrian, Géricault near Matisse, Picasso and Roman marble beside Art Deco marquetry.

Saint Laurent lived with his art pieces, spoke with them, and made them communicate with each other. He lived among art and for art.
Bergé, has cited Marcel Duchamp, who had the idea of an “artistic gesture” that was distinct from the materiality of a singular work of art. For Saint Laurent collecting was a creative medium. The artistic spirit of his places formed the underlying aesthetic stance, which can be summed up in a single phrase: the search for the perfect space.

In the autumn 2015 I was very lucky to visit the exhibition “Living for Art” at the Pierre Bergé – Yves Saint Laurent Foundation in number 3, rue Léonce Reynaud in the 16th arr. in Paris.
Among the exhibited magnificent furniture was the incredible YSL’ BAR – the first piece commissioned from François-Xavier Lalanne by Saint Laurent and Bergé – the bar was delivered in June 1965, and installed in the garden-level library in the apartment in rue de Babylone..
Built in maillechort (German silver) and brass, two tiered, the upper tier with an ovoid bottle-rack in metal set in motion by a counterweight mechanism, with a horn-form cocktail shaker, a spherical ice bucket and a cylindrical crystal glass vase by the Cristalleries de Choisy-le-Roi, the vase passing through the two tiers, supported by four steel feet cut with a blowtorch.
At the working desk of YSL one could find a small steel ‘Y’, a wonder François had given him, cut with a blow-torch to show him the intended material and finish of the structure of the YSL’ Bar.

To enter the YSL Universe the YSL documentary L’Amour Fou by Pierre Thoretton (2010) that immortalizes the great collections of Yves Saint-Laurent and Bergé with commentary by Jacques Grange who was their interior designer is highly recommendable.

The film takes you into their beautiful and wonderful homes filled with interesting, expressive items and magical objects selected by Yves Saint Laurent both in Paris (55, Rue de Babylone) and Marrakech.
One can describe L’Amour Fou as a documentary on the relationship between fashion designer Yves Saint Laurent and his lover, Pierre Bergé, but it is rather a film about Yves Saitn Laurent’s career and his life narrated by Pierre Bergé and ending with the sale of their collections by Bergé shortly after the designer’s death in 2008 at the age of seventy-one.

In the movie excerpts from L’Amour Fou the background music is very characteristic and prudent by selecting “Mister Mellow” by Maynard Ferguson in the part dealing with the apartment in Paris, and “Szerelem, Szerelem” by Gabriel Yared (from The English Patient soundtrack) when dealing with the house in Marrakech.
The phrase L’Amour Fou refers not to romance but the obsession for collecting fine objects and the film is a memorial for a life that was as mournful as it was brilliant.
YSL was born in Algeria and his great hideaway and place to regroup was Marrakech, which was to become the site of some of the grandest and most stylish gay men’s resort palaces. In L’Amour Fou the patios, the delicately-lit salons of the house, but also the garden are shown.

Jacques Majorelle was an artist who in 1923 bought a four acre land plot, situated on the border of a palm grove in Marrakech. He named his new property, Bou Saf Saf. In 1931, he commissioned the architect, Paul Sinoir, to design a Cubist villa for him, constructed near his first house that was his workshop. Balconies and an Arab-inspired pergola were added to the construction in 1933.

Around his dwelling, Jacques Majorelle, who was a passionate amateur botanist, created a luxuriant garden which would become his most dazzling work. For almost forty years, he continued to enrich it with new varieties of plants from all five continents, fashioning a “cathedral of shapes and colours,” an “impressive garden.”

Yves Saint Laurent and Pierre Bergé discovered the Jardin Majorelle in 1966, during their first stay in Marrakech and bought it in 1980, saving it from falling victim to a real estate project and becoming a hotel complex. The new owners decided to live in the Villa Bou Saf Saf, which they renamed Villa Oasis, and undertook the restoration of the garden in order to “make the Jardin Majorelle become the most beautiful garden – by respecting the vision of Jacques Majorelle.”

Marrakech was YSL’s escape and was designed in a Moroccan style away from the Parisian refinement of no. 55 but still classically elegancy.

The colourful house in the scheme of bold and brilliant primary colors, one of which would later be known as “Majorelle blue”, an ultramarine, cobalt blue, “evoking Africa” color; so strong, deep, and intense, that it accentuates the green of the leaves in the garden and makes them sing.
I have visited the Majorelle garden in 2015, it is indeed an oasis with an amazing feel and tranquillity, a place to get lost in and find oneself.
The Canadian artist, architect, writer and photographer Mark Pimlott found his way in this magic place too with this photo – a piece of Memento mori.